Skip to content
What you should know about the treatment

What you should know about the treatment.

How hCG works in the treatment of obesity and overweight.

The Chorionic Gonadotropin (hGC) used in the Oral hGC Method under Master Recipe is a glycoprotein (succession of amino acids linked by sugar bridges), secreted by the cells of the placenta. It is therefore a substance of natural origin common to the entire human race, with which we have had contact since the moment of our conception. Although it is produced in very large quantities by the placenta, it is also found in normal conditions in both non-pregnant women and men, bacteria and plants Discovered in 1927, it has been in the World Pharmacopoeia for over 80 years.Since then, thousands of articles have been published about the effect of hCG on gonads (testicles or ovaries), but only a small number of these have investigated its enormous therapeutic potential in diseases such as Kaposi’s sarcoma, asthma, arteriopathies, thalassemia, osteopenia, glaucoma, and cancer.

hCG is one of the few drugs of natural origin that, fortunately, still remain in the current Pharmacopoeia. However, most of the research done was on its therapeutic potential related to testicles or ovaries, with relatively little research done in other clinical fields.

Other indications in addition to fertility treatment

The hypothalamic region and hCG

One of the strongest hypotheses about the genesis of obesity postulates that the basis of this metabolic disorder lies in the hypothalamic region: as in any other clinical disorder, it is necessary to find out who is the “villain” in this story. For example: the pancreas in diabetes, the thyroid in hypothyroidism, the adrenal glands in Addison’s disease.

The organ most frequently implicated in the genesis of the accumulation of adipose deposits appears to be the hypothalamus, and this hypothesis is supported by a strong body of clinical evidence and clinical studies.

It is interesting to note that exogenously administered hCG accumulates in the hypothalamic region, particularly in the ventromedial and lateral areas of the hypothalamus. Therefore, it is not irrational to assume that the “white” area of the metabolic actions of hCG may be the diencephalon.

Based on the evidence, hCG can act at the diencephalic level, probably modifying certain metabolic pathways of some neuropeptides, which in turn would act either in the ventromedial or lateral nucleus of the hypothalamus, or through the hypothalamus-pituitary axis.

A word of caution for those interested in the OrahlhGC Method under Masterly Prescription for the treatment of overweight; Just as diabetes cannot be improved by simply dieting, obesity cannot be treated without some form of diencephalon action.

After many years of experience in the use of hCG for the management of obesity we come to the following conclusions:

Just as diabetes cannot be improved by simply dieting, obesity cannot be treated without some form of diencephalon action.

Anorectics point in that direction, and were for many years an unsuccessful treatment because of their side effects.

Dr. Simeons (who was the author of the Method in injectable form) never claimed that weight loss with hCG treatment was greater than patients not treated with hCG. What he suggested was that hCG, acting at the hypothalamic level, could correct the underlying diencephalic disorder, and thus the metabolism of adipose tissue.

If this were the case, hCG would be an excellent adjuvant procedure for the management of this pathology.

Why is it important to know that obesity and overweight are not the same?

Although for many years they have been used as interchangeable terms, we now know that obesity and overweight do not refer to the same disorder: Overweight is the weight recorded on a scale above the standard values, while obesity is the ability that the body has developed, due to a disorder in the diéncephalon or hypothalamus, to accumulate more than it needs to live, as exemplified in this image.You see that the two subjects have the same body mass index, however the weight gain in the subject on the left is due to an increase in lean or muscle mass, while in the right is due to an increase in fat mass. The right is overweight. The one on the left is a manifest obesity. 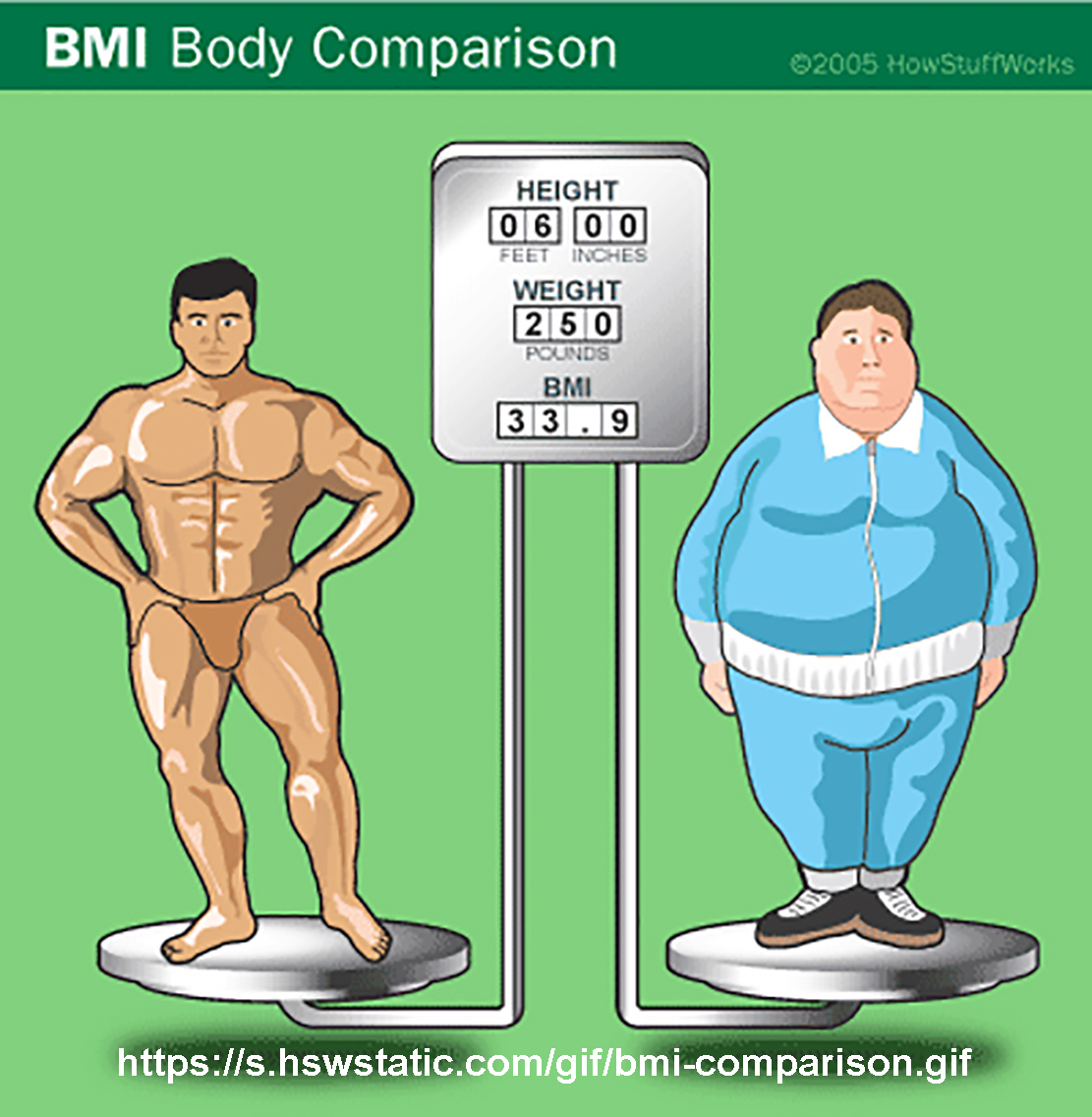